Satellite meetings were organised by the PhD students network RSG Netherlands, the BioInformatics Industrial User Platform (BIUP) and the Netherlands Society on Biomolecular Modelling (NSBM). All these groups together created a lively atmosphere, inside (and outside) the conference venue ‘De Werelt’ in Lunteren. 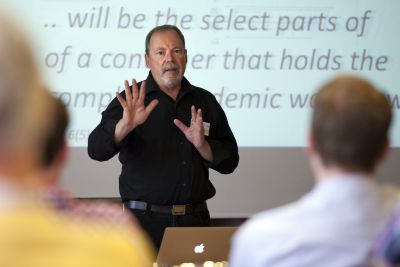 Two prizes were available for the poster presentations. One prize was offered by the BioInformatics Industrial User Platform (BIUP), which organised a satellite meeting during the NBIC conference. They judged the posters from a industrial point of view. Patrick Koks (Wageningen UR) received the prize for his poster about ‘eBiomics: an e-Learning environment on bioinformatics for life-scientists’.

The other poster prize was given to the poster which was “liked” the most by the conference participants, who could show their appreciation by “Facebook like stickers”. Wouter Meuleman (NKI/TUD) found the most stickers on his poster about ‘Dynamics and evolution of genome – nuclear lamina interactions’. 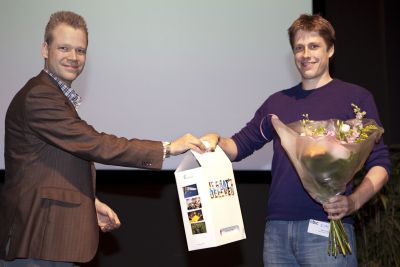 The winner of the NBIC Young Investigator Award 2011 was Dr. Yang Li, Groningen Bioinformatics Centre,University of Groningen. She is awarded with a cash prize of 2.500 Euro funded by NBIC BioRange and BioWise programmes.

Visit the photo impression of the conference.