At the BioSB 2017 conference last week on April 4 and 5 2017 in Lunteren, two researchers have been awarded with prizes. 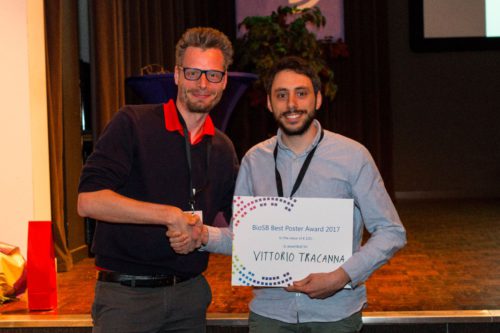 The BioB Poster Award 2017 was awarded to Vittorio Tracanna, Wageningen University & Research. His poster titled: “Harnessing the soil microbiome for improved stress tolerance in crop plant” was chosen as the best poster presented at the conference.

Both awards are sponsored by the BioSB research school.